Liberia severely faces the impacts of the Ebola outbreak and now it is in the pace of rebuilding. A researcher's team from the Massachusetts Institute of Technology's Governance lab is supporting the Government of Liberia to collect the accurate data on social and political outcomes of the crisis. In December 2014, that team conducted survey in Monrovia, Liberia to know about the awareness about the Ebola among the population. They also wish to know about the reach of the Government's efforts to eradicate the impacts of Ebola.

As an initial step of analysis, it is always suggestible to display the data using descriptive statistical analyses which contains both pictorial and numerical representations. The following graphs represent the various aspects of our sample data set.
The following histogram exhibits the distribution of the weekly income before the Ebola outbreak of the sample respondents. 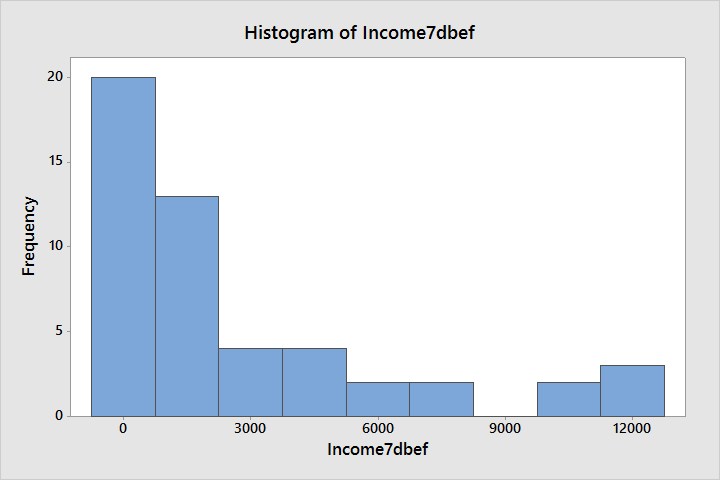 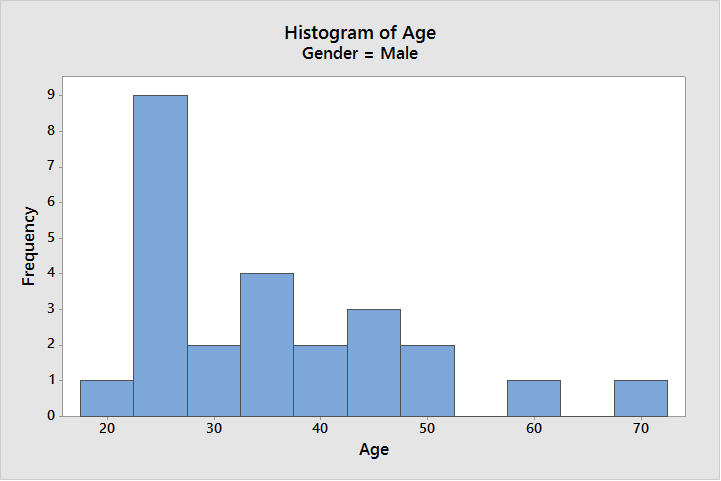 Histogram of age distribution in Male of the sample respondents.

The distribution of weekly income after the Ebola outbreak is also highly positively skewed and lack normality. This data is also not continuous at certain intervals. We can see that the range between both income levels significantly differs.

The distribution of age of Male respondents is not identical to any of the theoretical distribution as the shape is irregular and displays no pattern. It is negatively skewed and lack normality.