You can download the solution to the following question for free. For further assistance in  accounting assignments please check our offerings in Accounting assignment solutions. Our subject-matter-experts provide online assignment help to Accounting students from across the world and deliver plagiarism free solution with free Turnitin report with every solution.

The main roles and responsibilities of individuals acting as a non-executive director are discussed below and shown in the figure. 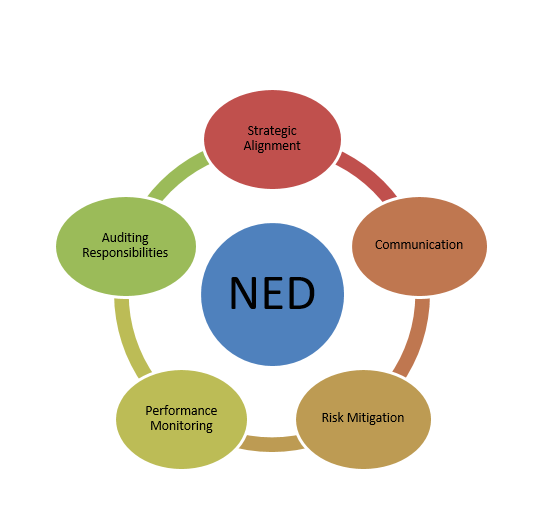 Relationship of NED with Executive Directors